After 25 years of experience in the golf indutry, IB Golf Design was born in 2021. Our team of professionals and agents design golf coaching programs, golf events, golf garments and golf equipment. We also offer consultancy services to golf clubs, investors in golf & leisure, marketing and travel agencies, start ups in the leisure industry, as well as consultancy for the improvement of tourism sector´s profitability and efficiency. We offer consultancy and advisory services to investors interested in golf-related projects in Europe and Asia Pacific.

Iván Ballesteros has been involved in the golf industry for more than 25 years. Throughout his professional career he has been exposed to many areas of the business. A professional golf player and coach, he has always been on the sports business side. Of all the experiences, the most enriching has been working alongside Seve Ballesteros from 1997 until his sad passing in May 2011. Ivan has a very international profile, and was an important part of the management of the Ballesteros Group until 2013. He has been in charge of directing international professional golf tournaments in countries such as Spain, Portugal, Ireland, England, France, Thailand, China, Brunei and Japan. He is familiar with the golf course design and construction process thanks to his collaborations with Trajectory (Seve Ballesteros’ golf course design company). From 2003 to 2011 Ivan was Seve Ballesteros’ manager and agent. Executive Vice President of the SB Foundation in 2009 until 2013, Ivan was responsible for the start-up of this organisation and all its projects during those years, highlighting the agreement with Cancer Reseach UK during that time in the UK. In 2013 he joined Entertainment Group Asia in Hong Kong, where he has been based until January 2021. He is currently director of the Ronaldo Nazario Football Academies in Hong Kong. Very active in recent years in online projects, he offers consulting services for investors and golf clients. 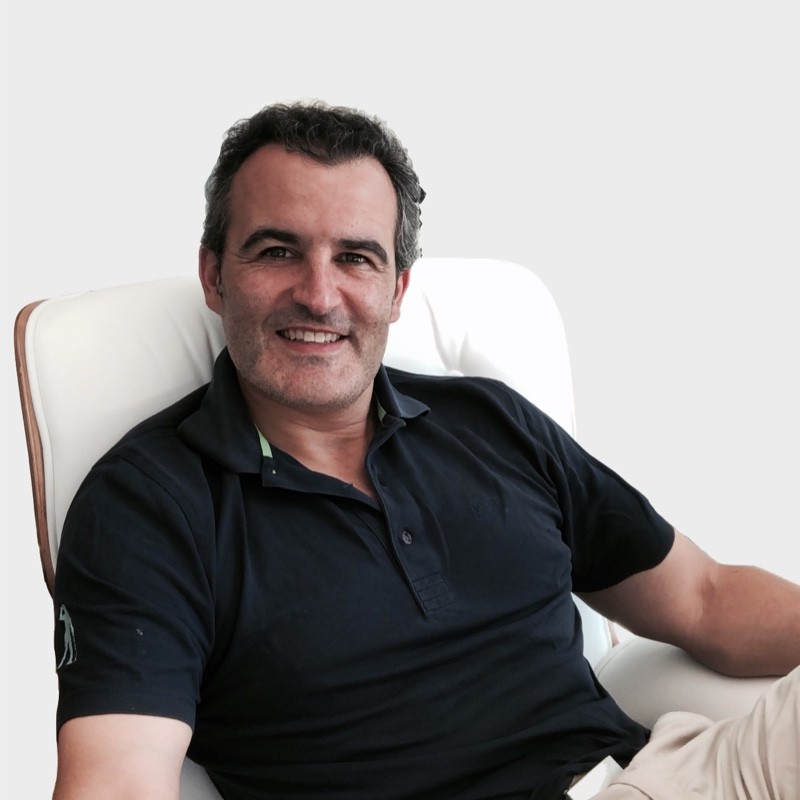 “Tell me who you play golf with, and I will tell you who you are.”

We use cookies on our website to give you the most relevant experience by remembering your preferences and repeat visits. By clicking “Accept All”, you consent to the use of ALL the cookies. However, you may visit "Cookie Settings" to provide a controlled consent.
Cookie SettingsAccept All
Manage consent

This website uses cookies to improve your experience while you navigate through the website. Out of these, the cookies that are categorized as necessary are stored on your browser as they are essential for the working of basic functionalities of the website. We also use third-party cookies that help us analyze and understand how you use this website. These cookies will be stored in your browser only with your consent. You also have the option to opt-out of these cookies. But opting out of some of these cookies may affect your browsing experience.
Necessary Siempre activado
Necessary cookies are absolutely essential for the website to function properly. These cookies ensure basic functionalities and security features of the website, anonymously.
Functional
Functional cookies help to perform certain functionalities like sharing the content of the website on social media platforms, collect feedbacks, and other third-party features.
Performance
Performance cookies are used to understand and analyze the key performance indexes of the website which helps in delivering a better user experience for the visitors.
Analytics
Analytical cookies are used to understand how visitors interact with the website. These cookies help provide information on metrics the number of visitors, bounce rate, traffic source, etc.
Advertisement
Advertisement cookies are used to provide visitors with relevant ads and marketing campaigns. These cookies track visitors across websites and collect information to provide customized ads.
Others
Other uncategorized cookies are those that are being analyzed and have not been classified into a category as yet.
GUARDAR Y ACEPTAR